I noticed that many people posted mai waifu lists. Mostly these posts are written by males who don’t have a life list female anime characters. To my knowledge, only Miz did both male and female versions – I thought it would be fun to write this too 🙂 I’ll start with husbands edition.

“You mean fighting to bring an end to fighting? I think you’ll find there’s no such thing! “

Van is an excellent swordsman, a king, and has awesome wings 🙂

Sebastian is great in many aspects, but he is a demon and can use whatever is necessary to achieve his goals, as we’ve seen in the infamous episode 17. Because of that, I was somewhat hesitant to include him on the list, but it is difficult to resist the dark side 😛

The name “Larva” is taken from Roman mythology, which like “Lemures” refers to a restless spirit of the dead. Larva’s name and signature mask may also have been inspired from the white, ghostly Venetian Carnival mask “Larva,” also called “Volto.” (Source)

Larva is a great guardian and can really understand your feelings 🙂

“Space calls out to humans. And the earth tries to pull us back down, saying that what we are doing is wrong…”

Ah, this brings back memories… I watched Gundam Wing when it aired on Toonami about a decade ago… Zechs is a man of honor, as Jackie Chan will tell you, and has good intentions, but his methods are quite extreme. His voice actors are good in both versions, and combination of long blond hair with blue eyes makes him quite attractive 🙂 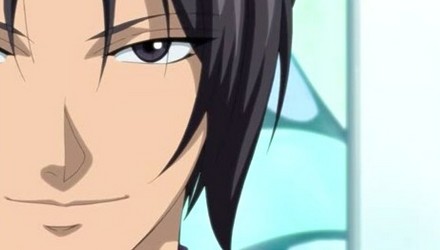 “You are far more foolish than I had imagined.”

Li Ren is a very smart person with many connections, a big heart, excellent cooking skills, and priceless expressions when he is angry 😛

“A fire set off in the brush will not be put out that easily, and it will leave a source of fire somewhere.”

Jouslain is almost perfect: he is a very nice and smart person who tries to solve most conflicts diplomatically, has power and money, and great looks. I especially like his cherry eyes 🙂

“The more impatient we are, the more mistakes we make.”

This should not be too surprising, given that he is on my avatar picture 😛 I like his analytical yet kind nature and devotion to protect people close to him 🙂 Red hair and green eyes is not the best combination, but it works well for him, and I love Youko’s white hair 🙂

The ending after four minutes is out of sync due to change of a soundtrack. The music is actually “Dark Freeways” by Aalborg Fantasy Soundtracks, but it fits the footage better than the originally intended composition 🙂

What anime character(s) would you take as a husband?

Check out what characters others selected. I especially encourage you to read Animekritik’s post – he even arranged everyone in Tale of Genji style 🙂

28 thoughts on “My Anime Harem: Husbands”