Arena is a pseudo-PvP game mode: you fight against a preset team controlled by AI. If you played games like KanColle, Fire Emblem Heroes works similarly. Arena has two modes: Offense and Defense. Defense is invisible to you: your main team is chosen and an AI does the work for you, defending against other players. In the Offense mode, you choose your team, opponent difficulty level, and actively play against an AI, but you can also Auto-Battle if you want (not recommended).

This is Arena play by Rank 3 player in the world.

This is another high rank player

I don’t care about ranking, why should I play the Arena?

You are matched against other teams with i) similar Tier ii) similar level and attribute distribution. 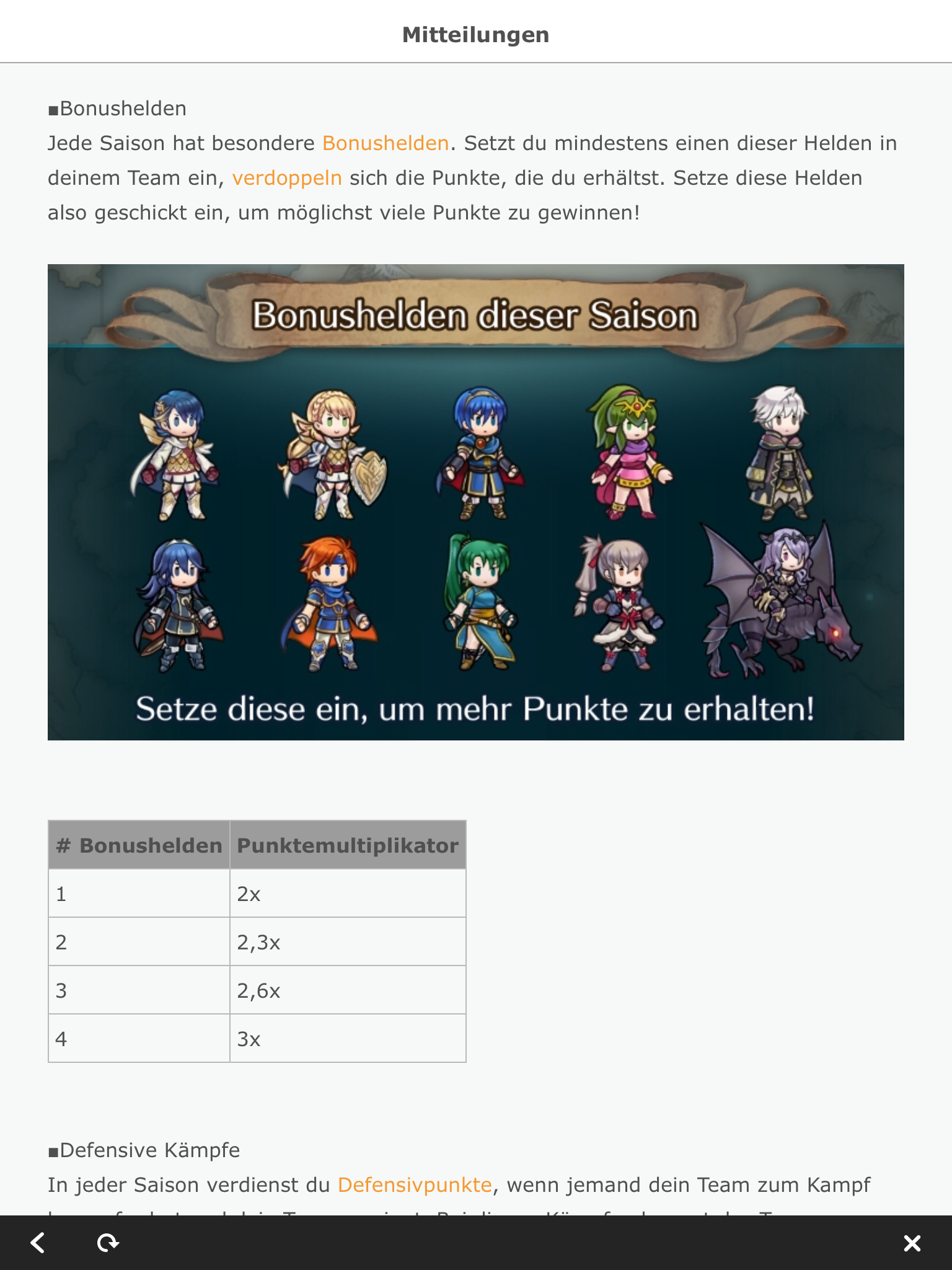 Consider Beginner difficulty first to ensure you have at least some Hero Feathers at the end of a season (one week currently). See below for tips on playing at higher difficulty levels.

Defense: Which team is chosen to fight on my behalf? 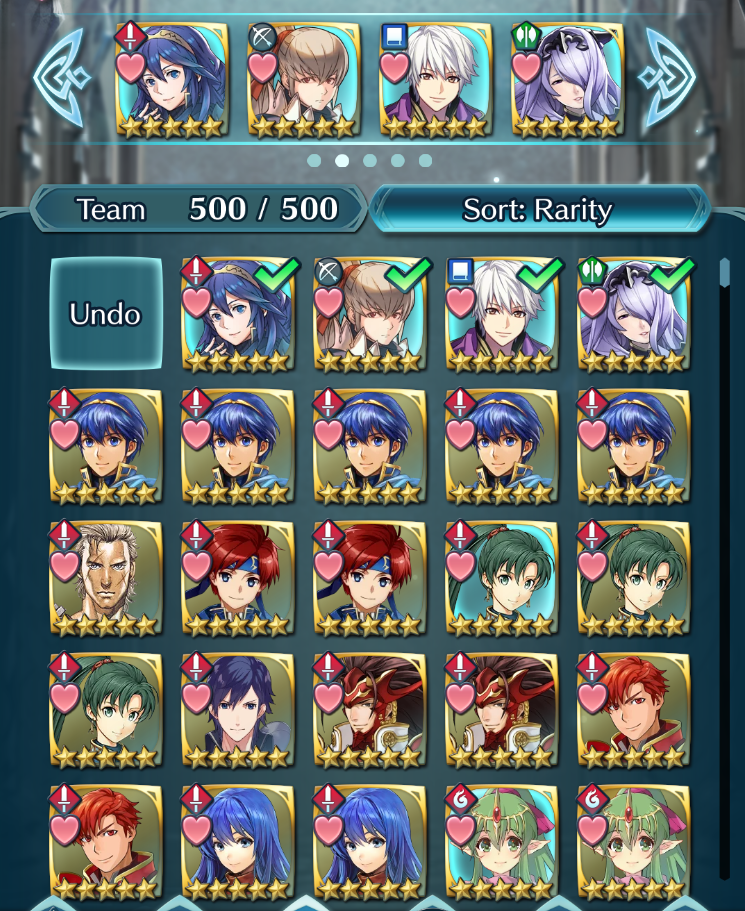 The leftmost team on your roster is chosen. You have five team slots on your roster. On the image above, the second team from the left is chosen – this is not your main team and will NOT be used in arena when you are defending. The leader of your team will appear at the top of the Home screen. If your AI team defeats an opponent, you’ll get Defense Points that are also accounted for in the seasonal rewards.

How can I use the matching system to my advantage?

Goal: Finish Arena-related quests as quickly as possible with as few Arena matches as possible and a decent Hero Feather reward.

Purpose: Some quests require you to clear Arena n times at any or above the Beginner difficulty. Finding a method to clear these quests efficiently would be helpful.

Initially, I tried Team 1, but found the matching not very reliable.

Team 2 produced much more consistent results: I cleared 7+ consecutive matches on Advanced difficulty with most being mirror team compositions of L40 + L1. Almost everyone with such a team composition had a Japanese name.

I experimented with several variations on this theme, but L40 + L1 healer provided quickest matches and most reliable matching. Similar teams can be used for leveling units (L < 40 + L1), but the win rate could be somewhat lower.

By using this method and winning all 7 consecutive matches on Advanced difficulty, you’ll get the maximum or next to the maximum award in terms of Hero Feathers.

Wouldn’t any team be able to win at Advanced difficulty? Theoretically yes, but in practice, your resources are probably limited, and you don’t have an optimal team yet.

Take your best team and run Intermediate or Advanced difficulty.

How many points do I need to reach high rank?

How do I get good?

Currently Rank 15 in Arena (My Squad) Offense 4,532 from FireEmblemHeroes

Mini guide to Arena in FE Heroes from fireemblem

Google Document of the above guide